Register before January 17, 2020, and get a FREE copy of the book Whistling Vivaldi: How Stereotypes Affect Us and What We Can Do by Dr. Claude Steele from Stanford University.

The National Center for Women and Information Technology states that in 2017, 26% of the computing workforce were women. Of those women in this field, 3% were African American, 5% were Asian, and 1% were Hispanic. The projected number of U.S. computing-related job openings expected by the year 2026 is 3.5 million, and only 17% of these jobs could be filled by U.S. computing bachelor’s degree recipients that year.

Our increasingly complex global society calls on educators equipped to guide all students, and young women in particular, through an interdisciplinary and culturally relevant perspective.

The 3-day Institute will include both public and private school educators to explore best practices and research that shows how to engage girls, young women, and students of diverse backgrounds in interdisciplinary learning that highlights STEAM by promoting awareness, education, and networking opportunities. 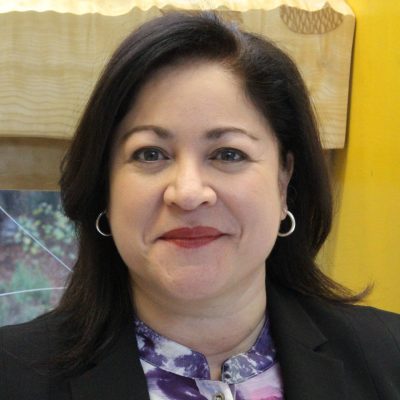 Sylvia Rodríguez Vargas, Ph.D. is currently the Associate Head of School at Atlanta Girls’ School, where she also serves as the Director of Strategic Initiatives. She began serving independent schools over twenty years ago and has been a Teacher, Department Chair, Division Director, Communications and Marketing Chair, Academic Dean, Assistant Head, and Head of School. She has directed language programs in Spain and Mexico and traveled to China as the World Language Task Force Chair prior to instituting curricular changes and adding Mandarin, Chinese at a previous school. Most recently, she traveled to seven cities in China as part of international student recruitment efforts at AGS.

Active in independent school leadership, she co-chaired the NAIS People of Color Conference in Atlanta in 2016 and has offered several workshops throughout the years at both the NAIS and PoCC annual conferences. Dr. Rodríguez Vargas completed her doctoral research investigating the lived experience of women of color heads of schools. Her published work, Women of Color Heads of Independent Schools: A Framework of Culturally Relevant Leadership, includes the experiences of ten women and their journeys in school leadership.

In addition to her work in independent schools, Dr. Rodríguez Vargas has served as an instructor and adjunct professor at The Ohio State University and the City University of New York, completed a seminar on school leadership at the Harvard Graduate School of Education, and was an NAIS E.E. Ford Fellow for Aspiring Heads. Most recently, she was invited to serve on the National Assessment of Education Progress (NAEP) Principals’ Panel Standing Committee with the U.S. Department of Education and the National Center for Education Statistics. She has also served on advisory boards, was a mentor with the Hispanic Chamber of Columbus, and has published several articles on school leadership.

Little Known Fact:
I made my television debut at age five and my first regional commercial when I was nine years old.

Why I Teach:
I believe in the transformative life opportunities afforded through education and have enjoyed my service as an educator over the past 25 years. 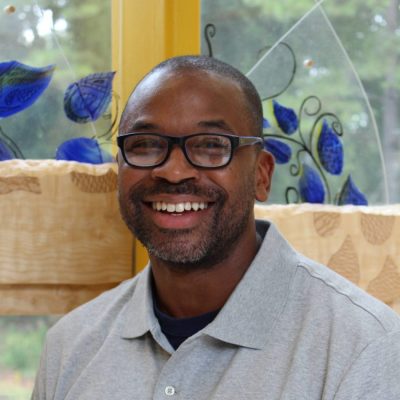 James Campbell joined AGS as the new STEAM Interdisciplinary Specialist in summer 2017. He has been teaching World Studies since 2003 and has served as a design thinking consultant and coach for over four years. He was most recently with Mount Vernon Presbyterian School and holds a Bachelor of Arts in history from the College of Charleston and a Master of Arts in teaching from Morgan State University. In addition to teaching and coaching faculty, James has served as a JV and Varsity Assistant Basketball Coach and has also coached football, cross country, and baseball.

James has been a part of The Teachers Guild and has worked closely with IDEO team members designing and facilitating design thinking, brainstorming, and prototyping workshops. As part of this work, he has coached teams of teachers to develop high quality, scalable, and innovative solutions for classrooms and schools. James completed the Design Thinking K-12 Education Workshop at the Stanford University d.School and also served as Keynote Speaker for the first annual Make Monterey Conference. 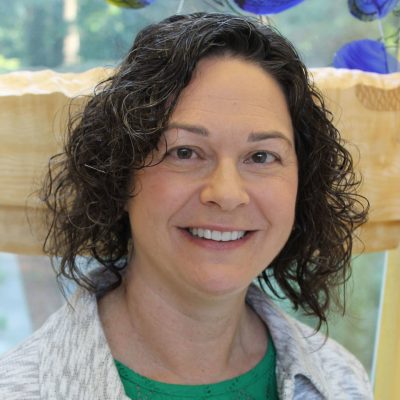 Suzy joined the math and science departments at AGS in 2016. Her teaching experience began as an Assistant Professor at Georgia Institute of Technology, where she taught chemistry for 11 years. Suzy’s two daughters, Lucy and Molli, and her stepdaughter Audrey all currently attend AGS.

Little Known Fact About Me:
I have snorkeled on The Great Barrier Reef. 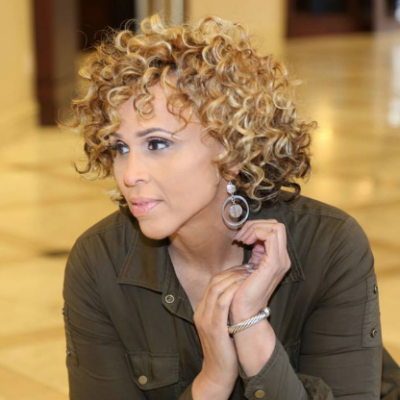 With over 25 years of experience, Cheryl has managed complex employment compliance and human resources portfolios for Fortune 50 corporations, and served as employment counsel for a myriad of local and national governmental entities. She currently is the director of Inclusion and Engagement at The Georgia Institute of Technology where she serves as the curator of transformative narratives and storytelling integration, dean of faculty for the Inclusive Leaders’ Academy, and chair of the Employee Resource Group Leadership Council. 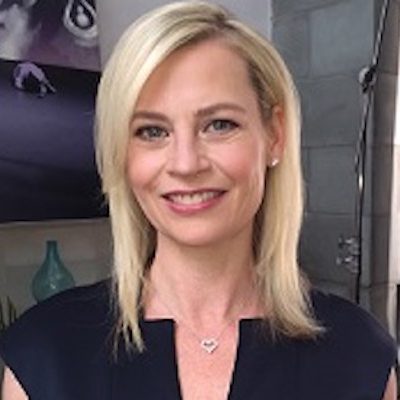 Dr. Elizabeth L. Haines is a social and personality psychologist with an international reputation for understanding sexism, gender stereotyping, unconscious bias, and behavioral change. For twenty years she has investigated how, when, and why people socially categorize others — on the basis of gender, race, parental status, age, and attractiveness — and how to mitigate the negative consequences of stereotyping and prejudice in social interaction, decision making, and evaluation.

Dr. Haines has authored numerous peer-reviewed, scientific articles on stereotyping and implicit bias – and her research has received international press coverage; she is an active scholar as the director of her Social Cognition Lab at William Paterson University in the science of stereotyping and its change; she has an international reputation for her unique point of view on gender stereotyping and regularly presents her research findings at international scientific conferences.
Dr. Haines has also been sought out for her expertise on gender, stereotyping, and bias by policy makers, the United Nations, consulates, the media, and the courts as an expert witness.
Dr. Haines is also an organizational consultant as she applies a scientifically-backed approach to reduce bias in decision making in Fortune 500 companies (e.g., technology, pharmaceuticals, advertising, finance). She is also an active service member of her profession as a member of the Executive Board for the Society of Personality and Social Psychology. 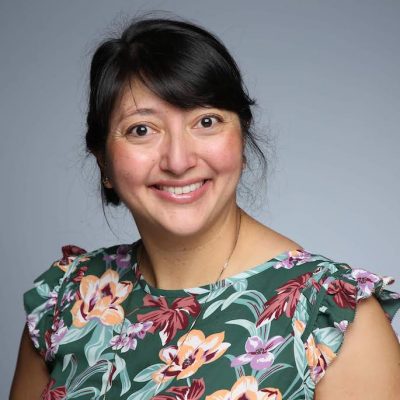 Naitnaphit Limlamai is a doctoral candidate in the Joint Program in English and Education at the University of Michigan, where she studies how secondary English preservice teachers take up their English education training. She specifically focuses on preservice teachers’ ideas and practice of teaching that is oriented to diversity, inclusion, justice, and equity. She explores how to support teacher educators in envisioning and building new English classrooms that reject the status quo in order to help students build literacy and critical thinking skills to be thoughtful and contributing members of our democracy. She uses the knowledge she gains from her research, which includes studying her own teaching, to teach current and future teachers. In 2019 she was named the Diversity, Inclusion, Justice, and Equity Chair of the Michigan Council of Teachers of English.

Before returning to graduate school she taught high school English for 13 years in public and private schools in Florida, Georgia, and New York. At the University of Michigan, Naitnaphit is a teacher educator in the School of Education and a Graduate Student Instructional Consultant at the Center for Research in Teaching and Learning. She has also taught first-year writing in the English Department and has served as a Graduate Student Research Assistant in the Sweetland Center for Writing. 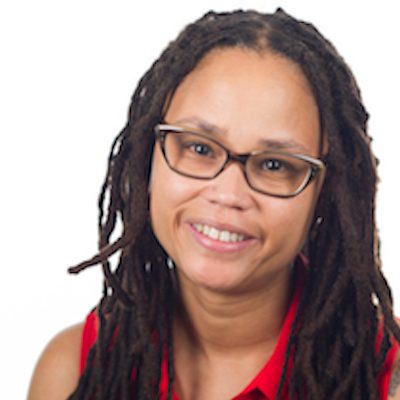 Dr. Tamara Pearson is Associate Director of School and Community Engagement at the Center for Education Integrating Science, Mathematics and Computing (CEISMC) at the Georgia Institute of Technology. Dr. Pearson received a Bachelor of Science in Mathematics from Spelman College, with a minor in Computer Science, and a PhD in Curriculum and Instruction with a specialization in Educational Technology from the University of Florida. Her dissertation explored perceived understanding of gender, race, and class in discussions about technology with pre-adolescent, low-income, African American girls.

Her current work focuses on partnering with schools and districts to help develop innovative curriculum and programs, as well as understanding how to best engage populations historically underrepresented in STEM fields. 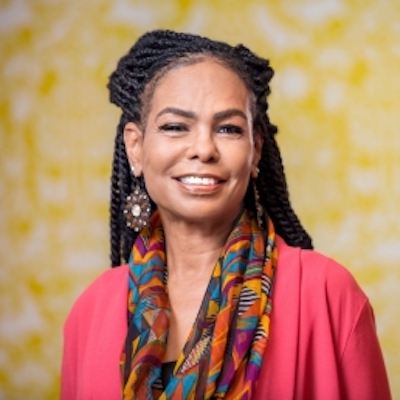 Dr. Imani Michelle Scott is a scholar and consultant in the areas of human communication and conflict analysis and resolution. She is also a frequent public speaker on the topics of building resilience, improving race relations, and surviving domestic violence. Dr. Scott holds a doctorate in Conflict Analysis and Resolution from Nova Southeastern University, a master’s degree in Communication Studies from Montclair State University and a bachelor’s degree in Communication Arts from Florida Atlantic University.

In addition to having her work published in numerous scholarly journals and peer-reviewed books, Dr. Scott is editor of and contributing author to “Crimes against Humanity in the Land of the Free: Can a Truth and Reconciliation Process Heal Racial Conflict in America?”; co-editor and contributing author to the soon-to-be released, “Routledge Companion to Peace and Conflict Studies”; former contributor to Huffington Post and an award-winning writer. As a frequent guest speaker and workshop facilitator, Dr. Scott has shared the national and international stage with esteemed civil and human rights activists, and worked fervently to advance the causes of peace, social justice and equity throughout the world.

As a Professor of Communication for the internationally-acclaimed university for creative careers, the Savannah College of Art and Design (SCAD), Dr. Scott teaches courses in Intercultural Communication and Public Speaking and serves as Faculty Advisor to the Black Student Association.

(Tentative Schedule – To be Finalized in May)

A block of rooms will be reserved at the Fairfield Inn and Suites Atlanta Vinings/Galleria. Information on how to make reservations is forthcoming.

Who should attend the Summer Institute?

This summer institute is for educators who wish to explore and gain practical training in STEAM interdisciplinary teaching and learning with a focus on growth mindsets, stereotype threat, and unconscious bias.

Is the program designed for educators of all girls’ schools only?

No, it is an inclusive space for all teachers across grade levels, designed for those most interested in advancing access and opportunity for girls and underrepresented students in STEAM.

Are meals included in the program fee?

Yes, light breakfast treats, lunch, and dinner the first evening are all included.

Is transportation provided to and from the hotel and school?

Yes, there will be an AGS shuttle bus that will pick up and drop off at the designated hotel at the end of each day.

If I register early, when will I receive my complimentary book "Whistling Vivaldi?"

If you register by January 17, you will receive your book on the first day of the Institute during registration.

Register before January 17 and get a FREE copy of the book Whistling Vivaldi.

Join us throughout the year as we celebrate the impact of our special school community in big and small ways.